“Every mass attracts
every other mass in the universe.”

In a short, 6-week interactive engineering project I’ve been working on a so called tangible table. The assignment was to create a museum-like piece for an exposition called ‘Interacting At Scale’ where we explain a phenomenon on one of the four given scales (Subatomic, Planetary, Interplanetary and Interstellar), keeping in mind that it should be educative and fun for kids as well as adults.

The phenomenon that we picked was gravity and we decided to explain this through our own solar system. Each planet has a different size and weight, and Jupiter has a much stronger gravity than Earth does. In researching how gravity works and could be explained, we kept seeing images of a grid that warps around the planet, which seemed to be the easiest way to explain and understand it.

Using Processing and ReacTIVision, and planets 3D printed and made from styrofoam equipped with fiducial markers at the base we started working on a prototype. The table itself contains the following elements:

As you can see in the following demonstration, the table works relatively simple. Whenever one of the planets is placed on the table, the straight grid will warp around the placed planet, in the right location and with different strengths if you compare the different planets. By placing different planets you will see the differences, and whenever you put two planets on the table you’ll even be able to see when they are too close and would get eventually collapse into one another. 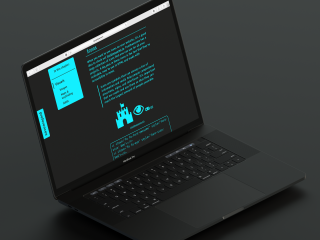 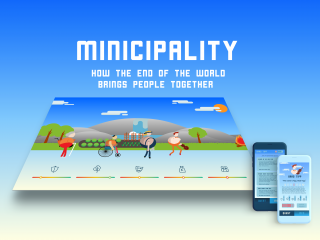